For three Hawks, where they will be spending a good chunk of their summer next year is no longer a mystery On Friday, September 22, the summer of 2017 officially came to a close and fall was in the air. As we say goodbye to what was a fun and memorable summer, it is already time to start looking ahead to what the summer of 2018 holds in store.

For the Hilbert Baseball team, with summer comes the opportunity to play more baseball. While not everyone is together on the same team, many of the players are sent to different leagues across New York and other parts of the United States.

The NYCBL is located in upstate New York. It is a summer wood bat development league for professional baseball. Major League Baseball funds a small portion of the league’s annual budget. The league gives college players who have not yet signed a professional contract the opportunity to develop their skills at a higher level of play, gain experience with wood bats, and be evaluated by scouts. 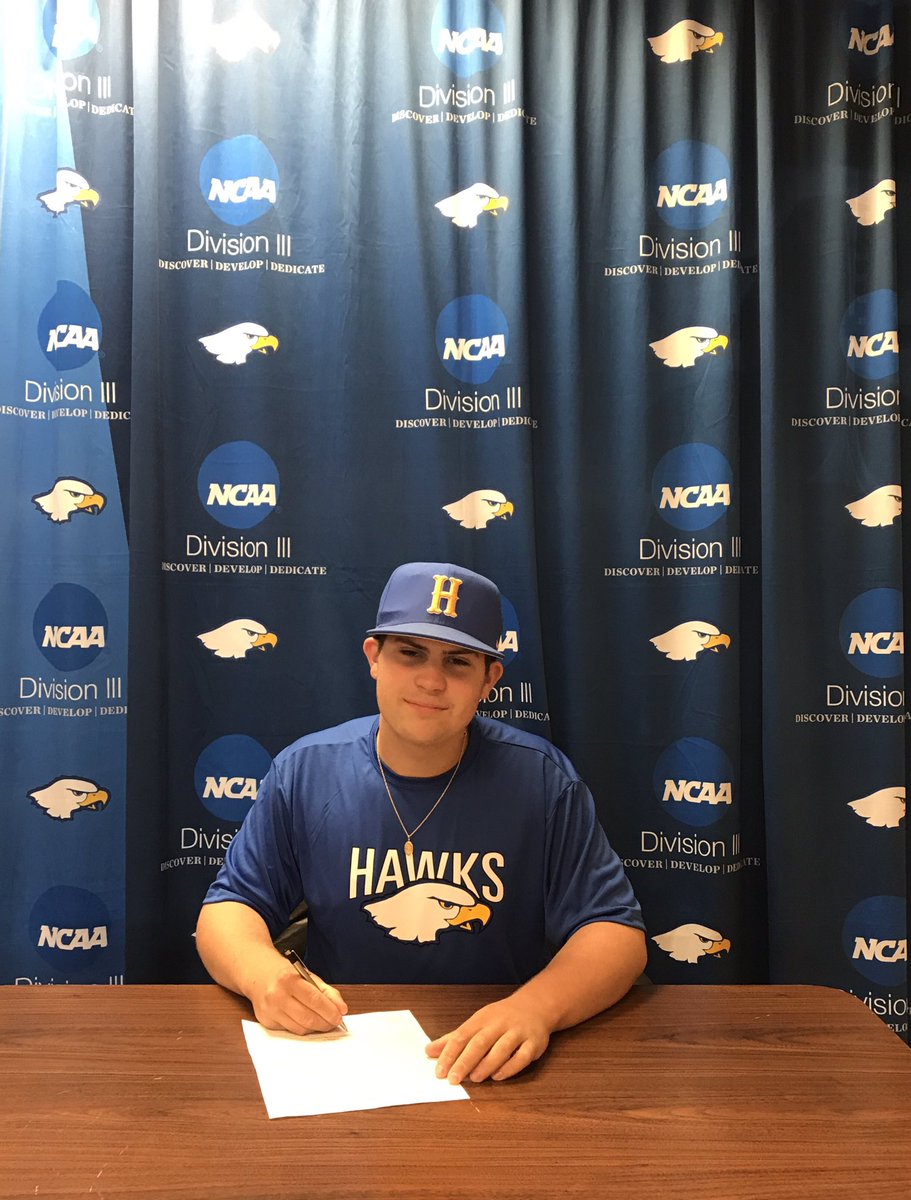 Both Moran and Munn will be playing for the Wellsville Nitros, and will look to represent Hilbert College well.

Also committing on the same day as Moran and Munn is junior right hander Chad Nelson. Nelson officially dedicated his next summer to the Geneva Red Wings of the Perfect Game Collegiate Baseball League (PGCBL).

The PGCBL was founded in the fall of 2010 by eight summer baseball teams located across upstate New York in conjunction with Perfect Game USA, baseball’s largest scouting service.

When the summer of 2018 rolls around, we will be wishing these three Hawks as well as the rest of the team on a successful season of summer ball.