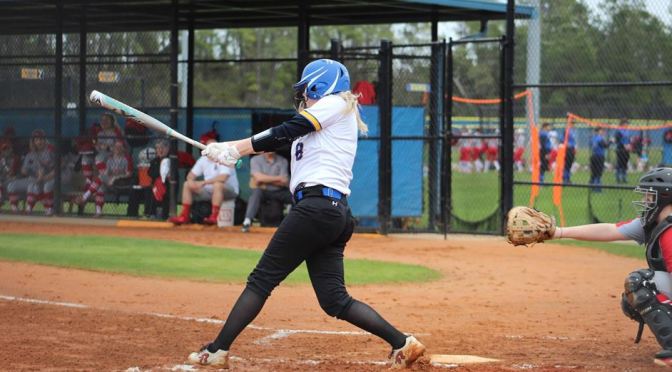 With Hilbert Athletics getting back into full swing after having a major gap in their collegiate careers, athletes are looking to have some changes made for their teams.

Many teams, including women’s volleyball, are pushing for new, redesigned black jerseys with the Hilbert logo.

The coaches and players are pressing the need for something more professional and sleek-looking. Right now, teams have been utilizing the blue and white colors for their Home and Away games. But a majority seek a change.

Stephan Houghton on the men’s volleyball team said he is hoping the department goes forward with the change to black jerseys.

“It looks so much more intense and intimidating with the black background and our logo,” Houghton said.

Some students, including Houghton, think it’s time for new equipment, especially in the weight room. He said the equipment needs to be updated and more space would make for a better experience.

Kenny Dango, an athlete from the men’s Lacrosse team, noted the inconvenience that could arise with the new sports, including football with its large roster, in the upcoming Fall semester.

“It’s hard for us to do the workout if we’re crammed in a tight space and don’t have any room,” Dango said. “Personally, I think it needs remodeling because you want to be pumped up to go to the weight room and never leave.”

Dango said that possible issues could arise with sharing the weight room with the new sports programs that were recently announced at Hilbert, particularly adding a whole football team.

“With that many people going to the weight room, it wouldn’t really work out, especially if we’re still social distancing,” the sophomore said. “They would have to divide into groups.”

Athletes also point out the condition of Athletic facilities on the campus. The women’s locker rooms have also been mentioned among the women’s volleyball team, pushing for a more updated and larger feel. Dango also mentions the urgency to have some of these upgrades made before we add three new sports. With Division III Program expansion for Fall 2022, it is unknown how teams will adapt and operate due to the welcoming of our student athletes.

The Hilbert petition argues that since black is an accent color of the college branding, then it should be allowed as an option amongst teams for their jersey color. The petition has been signed by 100 people and has been approved by Dr. Brophy, President of Hilbert College. There is some great potential with the upcoming seasons for our student athletes. Athletes look forward to seeing the possible change in uniform, since it is now up to each individual sport. With the preceding news that we will be gaining these teams, fellow athletes look forward to sharing the program with some of the most popular sports.

Krista Stephany, a sophomore looks forward to the student life that could be brought back with the addition of Football.

“I look forward to watching the football games the most,” Stephany said. “In high school, it was always fun meeting up with my friends and rooting for our team.”

“The team has been dormant for some time and I think having a football team will really bring that atmosphere back to a college like Hilbert.”

Welcome back, Hilbert! Assistant Dean of Admissions Lauren Carlin and other Hilbert staffers are in West Herr Atrium and Bogel Hall handing out donut holes to welcome students back. Look for them through 4 p.m.
After 10 years at Hilbert, Jan Ambrose is retiring.
Come down to West Herr atrium for the commuter breakfast. Food will be out until noon.
Good study weather, as we head into the home stretch of the semester.
The Criminal Justice and Forensic Science career expo is happening now in the Swan atrium. Stop by before 12:30 to check out opportunities in the law enforcement field.
The Black Student Union is hosting a dodge ball night tonight from 10 p.m. to midnight in Hafner.