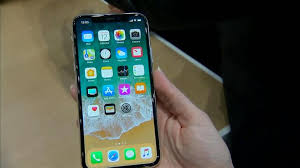 Apple has just announced the newest iPhone, the iPhone 8 and the iPhone X, which marks the tenth anniversary for the iPhone.

With the announcement of the phones comes a new IOS for iPhone users, this being the 11th iteration. IOS 11 redesigns the way the phone looks and adds new features to your device.

Some of the new features of IOS 11 is the ability to share passwords from your phone to your MacBook. This would be useful for getting Wi-Fi passwords. More features include mark up screenshots that you take, save websites as PDF files, use the camera to scan QR codes, plus the ability to change and adjust your control center.