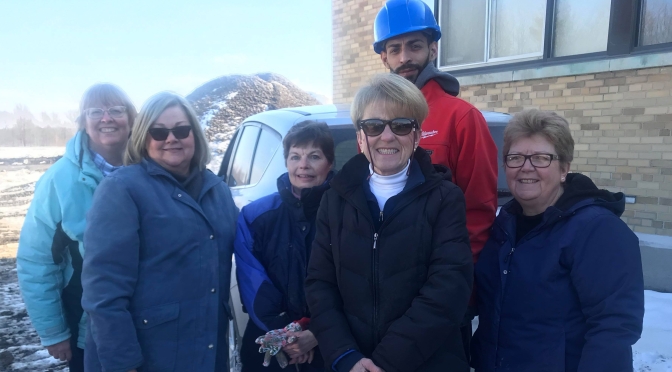 The private, all girls, Catholic High School in Hamburg New York closed its doors for the last time in June 2016. Last year the property was sold to Developer Anthony Cutaia through The Oaks at South Park LLC. In January 2020 demolition of the school began, making room for the apartments/condominiums that will be built on the land.

“We had some really great times.” said class of 1973 Alumni, Kathy Clark.

Clark and her friend, Linda Miller-Bolt, who also graduated from the school in 1973, agreed that their time at IA was overall a “good experience”.

“There were some clicks but really no bullying.” said Miller-Bolt. “Class sizes were about thirty students and we all stayed together with our homeroom freshman year so we didn’t interact with many other girls until sophomore year and even then everyone got along for the most part.”

“My least favorite part of the school would be the nuns,” Clark joked.

Although the nuns could be strict and mean at times, Clark and Miller-Bolt say the experience wasn’t all bad. “One memory I would say I enjoyed was the Father-Daughter Socials.” said Clark. “Every year was a different theme and there was a talent show and a dance. The Fathers loved it.”

Miller-Bolt added that her favorite memory was cheerleading.

“It might be hard for you to believe.” she joked, “I enjoyed cheerleading and I also enjoyed the dances at St. Francis (a nearby private all boys High School still open today).”

Both Alumni agreed that the best part of going to Immaculata was the friends they made.

“I think all the friendships we made were fantastic.” said Clark.

Although the building won’t be around anymore these Alumni will at least have the bricks and the memories to remember it by.

“We still stay in touch and hold many reunions for our friends and classmates.” said Miller-Bolt.

Miller-Bolt said the demolition represents the end of an era.

“No other girls will get to make their own memories there,” she said. “Regardless of whether it could have been saved or not, it’s gone now and it is sad.”