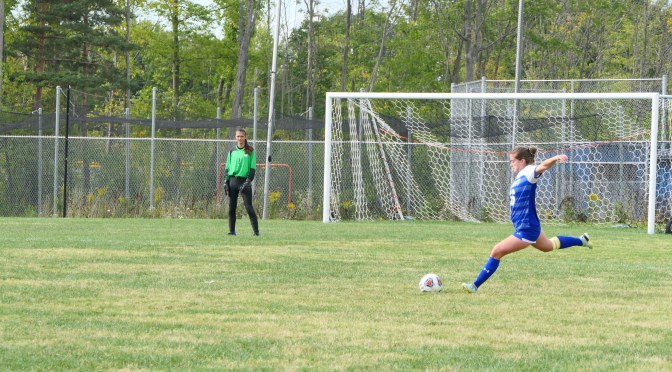 ELMA, N.Y.  – The Hilbert Women’s Soccer team hosted  Elmira College this afternoon at the Sahlen’s Sports Park due to playing conditions back on campus.

The Hawks stayed with the Soaring Eagles the first 45-minutes but lost their momentum in the second half and fell in a 4-nill non-conference contest.

Hilbert opens the AMCC portion of their schedule this weekend when they travel to Pitt-Greensburg Saturday, October 1st.

Editor’s Note: This story was written by the Hilbert Athletics staff and shared with The Scribe

Good study weather, as we head into the home stretch of the semester.
The Criminal Justice and Forensic Science career expo is happening now in the Swan atrium. Stop by before 12:30 to check out opportunities in the law enforcement field.
The Black Student Union is hosting a dodge ball night tonight from 10 p.m. to midnight in Hafner.
Happy Monday, Hilbert. We hope everyone got to enjoy some of this gorgeous fall weather this weekend.
@cab_hilbert is hosting Halloween Painting in West Herr Atrium from 12-3 and 7-9 today. Come down and paint a skull.
Angie Ruffins tabling for an Adventure Club fundraiser. Head down to the West Herr Atrium to buy some snacks and support the club. They will be there until 3 p.m.
%d bloggers like this: